Lambeth Calls - an update on the Human Dignity Call...

We are about half way through the 2022 Anglican Communion Lambeth Conference with about 650 bishops from all around the world gathered to share fellowship and worship and explore issues facing the global Anglican churches. 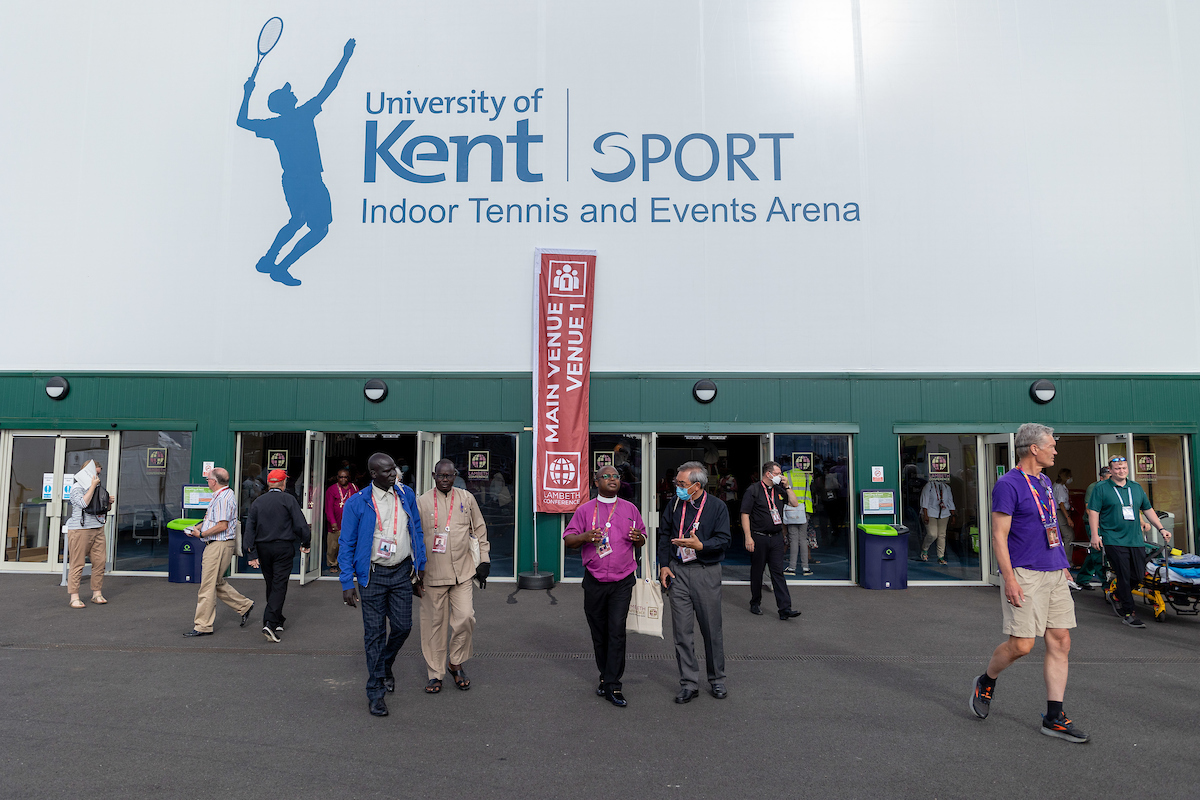 There are so many issues that we do face as churches in the world: climate change, mission and evangelism, refugees and human trafficking, peace and reconciliation - the list goes on and on. And we have so much agreement and positive discussion between bishops in the 'global north' (e.g. US, Canada, UK churches, Australia etc.) and the 'global south' (e.g. sub-Saharan Africa, Asia, Indian Subcontinent etc.).  There was fear that there might be tensions between some of these groupings, but with one or two exceptions, relations are very cordial.

The exception is over human sexuality.  There is a 'Lambeth Call' on Human Dignity that includes (along with a lot of other discussion on issues such as colonialism, gender based violence and inclusion) sections how provinces might approach LGBT inclusion issues such as same-sex marriage.  The Anglican Communion to date has adopted an official position on this that is 'traditional; men and women are marriage partners, and LGBT relationships regarded as not normative.  The churches (like us in Scotland and the churches in the US, Canada, New Zealand, Wales and Brazil) that have changed their polity to allow solemnising or blessing of same-sex marriages have effectively been operating outwith Anglican polity and there has been a degree of public sanction for some.

Some global south churches have stayed away from Lambeth. Some are here but are protesting by not receiving communion. Those are both painful ways those churches are protesting about LGBT inclusion in our contexts when their context makes this impossible. The spouses of same-sex partnered bishops have been excluded from much of the conference. Hard stuff.

And today we received and discussed the call on Human Dignity https://www.lambethconference.org/programme/lambeth-calls/. This notes that the 'traditional' view of marriage and sexuality remains a norm in the majority of the communion.  But it also states that churches have carefully and sensitively changed their polity to include same sex marriage. That seems a small point: but we have, at last, named the reality that an LGBT inclusive position exists in the Communion.

The Archbishop of Canterbury, in his opening remarks https://www.archbishopofcanterbury.org/speaking-writing/speeches/lambeth-call-human-dignity-read-archbishop-justins-remarks , said that traditional view-holding churches held onto their views in contexts where this might cost lives to change.  But on churches that have revised their position he said, "They have not arrived lightly at their ideas that traditional teaching needs to change. They are not careless about scripture. They do not reject Christ. But they have come to a different view on sexuality after long prayer, deep study and reflection on understandings of human nature."  I find this an affirming and extraordinary development. 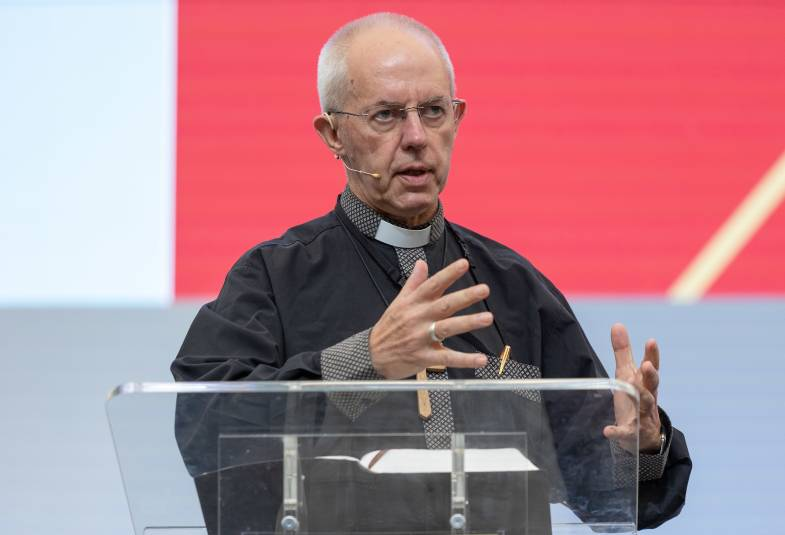 The Archbishop also said in his remarks, "I neither have, nor do I seek, the authority to discipline or exclude a church of the Anglican Communion. I will not do so.  I may comment in public on occasions, but that is all. We are a Communion of Churches, not a single church."  This is, again, a major development. His public 'comments' might be hard, perhaps, but the status of all churches in the Communion is safe.

He ended by repeating this line from the Call on Human Dignity: "As Bishops we remain committed to listening and walking together to the maximum possible degree, despite our deep disagreement on these issues."

The discussion on the Human Dignity Call, in our tables, was deep and gracious.  There are still issues present, with conservative moves outside the formal business to re-affirm traditional positions: but these conservative positions HAVE been re-affirmed, even if they are no longer exclusive.  There was no vote on this call, just silent prayer following the discussion.

On a personal note, I shed some tears (and I never normally cry) as I heard the Archbishop say that he acknowledged progressive churches and their processes of change.  I shed more on hearing that no church would be excluded or disciplined.  The boundary of our Anglican polity has been extended, and we are back in a place where our careful, theologically principled place on marriage is acknowledged as belonging in the Anglican Communion. This will have hurt conservatives: but we are committed to gracious listening and walking with all our sisters and brothers.

This was quite a day!

Popular posts from this blog

Lambeth Calls – What is going on? A view from Scotland... This is a rather niche post, but as a bishop attending the Lambeth Conference this week, I have been giving much thought to the publication last week of a document containing text of ‘Lambeth Calls’ https://www.lambethconference.org/programme/preparing-for-the-lambeth-conference-a-lambeth-calls-study-document-is-released/ . These have the stated purpose of guiding the careful discussions at the conference.   I’m maybe a cynic, but I was a little suspicious of a process where each ‘Call’ is rooted in ‘ …what the Church Catholic wider teaches on this matter… ’ and then giving ‘ …a summary of what Anglican churches have taught about it… ’ (p.3 of the document).   Even that is a nuance of guidance from June 2022 https://www.lambethconference.org/lcalls/ , which said that Calls would contain ‘…a summary on what the Christian Church has always taught about these matters… ’ (my emphasis). This felt like setting up the same old conflict on matters of culture and sexuality.   But I was assur
Read more

Anxiety and the future of the church?

I just read a social media post from a retired church leader, asking for forgiveness from God for the decline in numbers of their church during their time as a leader.  This leader appeared wracked by the anxiety about their failure. In Scotland (and most European and some US 'mainline' churches) there is, indeed, a story of decline in those who belong to these Christian denominations.  The pandemic was a shock to Scotland - zero 'in-person' attendance mandated by law - but the reality in most denominations is decline. The Scottish Episcopal Church overall is declining, and has been for many years.  The numbers dying, or drifting away are not being replaced by new people walking through the doors, either connected to existing members or 'converts' from either other denominations or from a position of no faith.  A great deal of anxious discussion takes place (like the social media post described above) about 'what are we doing wrong?'.  The comments on
Read more